The most difficult job in the world ...

Some of you know immediately what I am referring to as some of you do it, you are parents.

No one really tells you as you embark on the journey that it will challenge you mentally in a way you have never before encountered.

No one tells you that you spend those early years trying to work out a routine that suits you both, as mother and child, then just as you think you have it the routine changes dictated by someone else, no one tells you how a child's sleep patterns or bowel habits can consume your every thought. 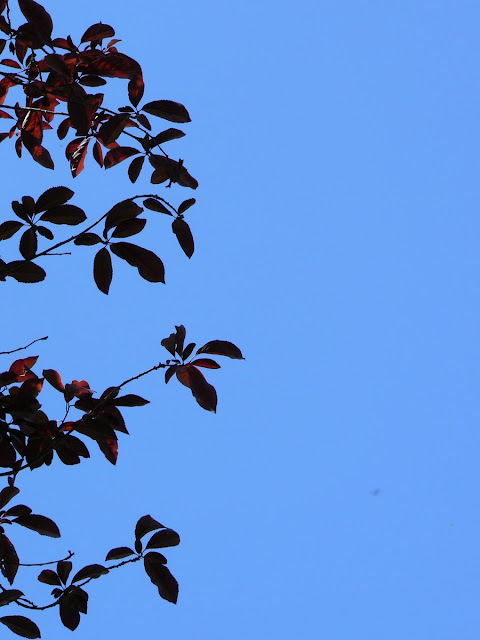 Nothing prepares you for the next step, the next stage, the next level of development ... as ... it is dictated by  a little person, that one, or the ones, that your life revolves around now. Its a learn on your feet, fly by the seat of your pants gig at times.

Long story follows, get a cuppa.

My heart broke and mind boggled as my little girl just 5 lied to me in a most deceptive manner on Wednesday. Not only saying she was sick but mimicking the behaviours exhibited by her younger brother who had actually been sick earlier in the week.

I was meant to work on Wed and had committed to extra hours, welcome income at this time of the year.

She was not entirely convincing, but my son is not as advanced in communication skills, we did not actually realise he was sick until he vomited, so with this in mind and seeing her go back to bed and refuse breakfast, loaded with mother guilt about sending a potentially sick child to day care I gave her the benefit of the doubt.

Once Daddy and Brother headed off for the day things started to change.

Signs of hunger and Energy emerged and most notably many requests for recorded TV and ABC kids.

My Boss was most understanding as I rang and explained my situation to her, she gave me some extra time to think it through and spoke to me logically as a mother about it, without letting her need for me to be there play into it to heavily.

I went off for a shower ( where some of the best thinking comes from ) and came out asking her about her preferences for the days activity which indicated no level of sickness at all, but an aversion to go to Day care, I examined this more closely and it was not a dislike of Day care at all but rather a desperate want to not miss her favourite TV shows and not to have a brother weighing in on the decisions of what got watched !!!

OMGoodness what a rude slap in the face and lesson for me.

So off we went to day care after an open admission that a lie had been told and she had pretended to be sick - sob sob, we used the word lie! not a  fib or little lie ... A LIE!

I let her know the ripple effect of what she had done and how it affected  everyone in our family with a consequence for all of us. A consequence for her too, determined and delivered by both parents and accepted graciously by her. I did convey the seriousness of it, but was at the same time gentle about it.

I went off to work too. My boss was very understanding.

I told her my Daughter she had taught me a valuable lesson about the inappropriate value placed on TV here and that the TV watching habits of our household would be changing. Immediately.

It also got me thinking about the age appropriateness of what they were watching in more detail too. 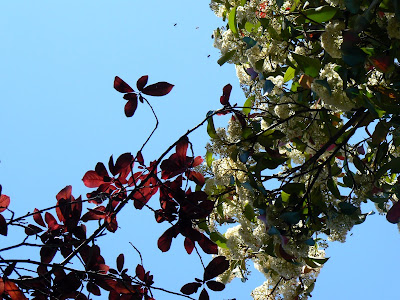 The bees going about their busy day.

So yesterday at breakfast we ( mum and two kids ) made three lists.

1. Fun things to do at home with no TV or computer.

So yesterday we did not turn on TV at 8am as was our previous habit.

Dad got engaging goodbyes as he left! ( nice work )

They watched one DVD of a half hour kids cartoon they like.

At lunchtime we went out on the front lawn under the plum tree for a picnic, Daughter commented how lovely it was as she could hear the birds singing. ( Picnics also on a list )

Later in the afternoon we watched 6 pre recorded TV shows that my kids like to watch and that are age appropriate.

In between times they played Lego, ate home made ice blocks, made things from paper Daughter played dollies.

As the afternoon rolled on Mr3 had a bit of a melt down showing me again how oblivious I had been to the TV watching routine I let them have.

So while I felt heartbroken and shocked the day before, I can look at it as a rite of parenthood passed now. It was going to happen sooner or later, I was thinking later ... what do I know! lol

Yesterday we had a nice day, a busy day, a good day. I'm the first to admit I'm far from a perfect parent ( what ever that is ) but I really felt like I had gotten it right yesterday. 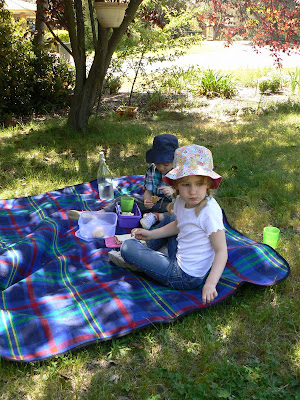 I'm looking forward to those lists we made getting dog eared and dirty as we roll into summer and by then it will have all changed and we will need to make new ones anyway.

Hope you have glorious weekends and you can take some time to lay in the shade of a tree, in the sun, listen to the birds and watch the bees.