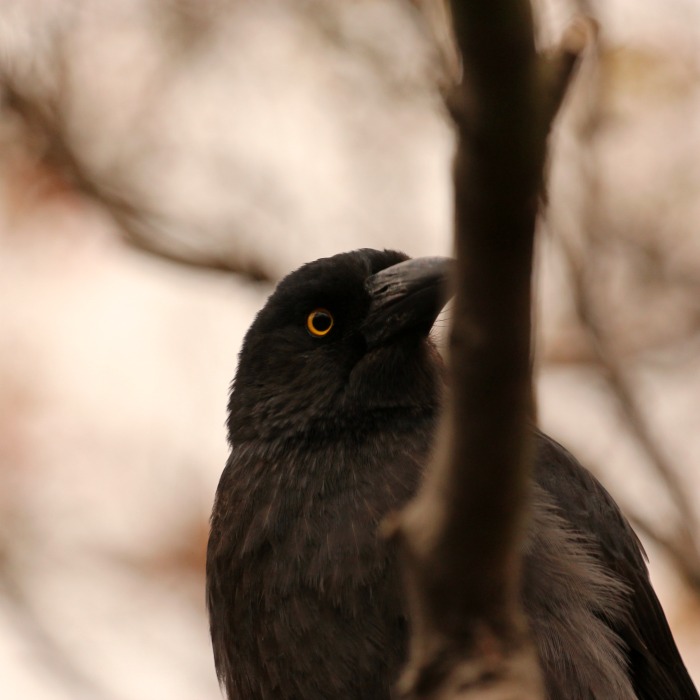 I don't feed Currawongs, I generally see them as scoundrels. Well I don't feed most birds but I just let them take what they want from the fruit seeds etc. But there are a few I do feed; my two Magpie friends Mama and Little one and this Currawong, Baby.
Baby first started coming around when I fed the Maggies about a year ago I guess, He speaks in a sweet low coo and has never warbled or crowed. When he first appeared he was frightened of other birds and the Miners taunted him. 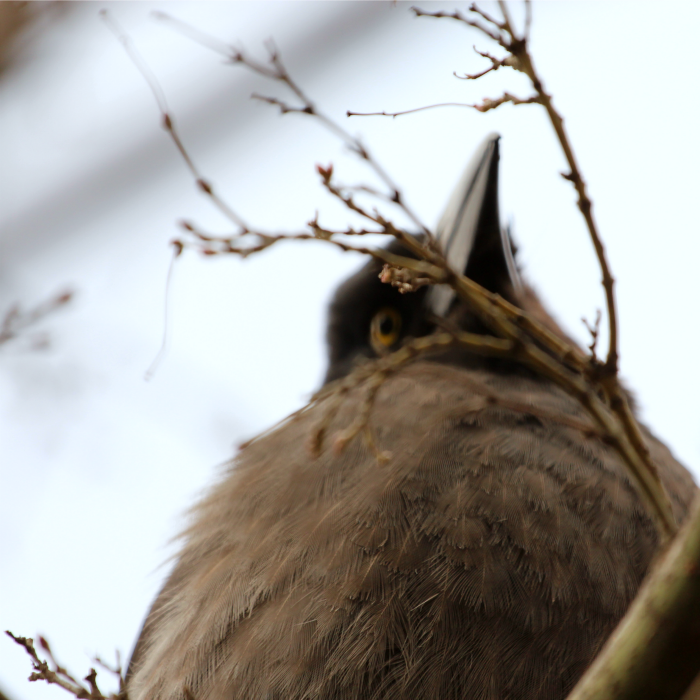 His chest was covered in the soft downy grey feathers that would indicate he was quite young. The reason I started to feed him, is because of his underdog status, you see he only has one eye. The one eye is his visible disadvantage but the fact that he has no sign of the intensive vocal rage and skill typically associated with Currawongs, surely puts him at bird disadvantage when it comes to socialisation. His missing eye is obviously irritated as he is frequently rubbing it on a branch. I'll not see this one for months on end, the first time that happened I found a pile of soft chest feathers in the back yard and thought he had met foul play but then, on the day another bird I was quite fond of died, he reappeared! 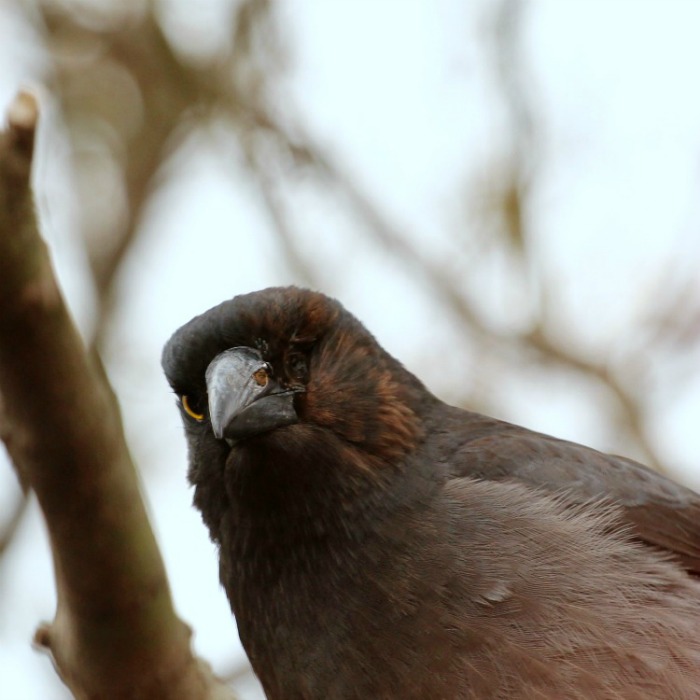 He pops back at unexpected times and sometimes stays for days, sometimes just minutes, like the visit I just mentioned. He is not a pretty bird but he is so gentle in his manner, his behaviour is not characteristic of Currawongs at all. While  he may not be pretty to look at he is a beautiful bird that chose me and has my heart.