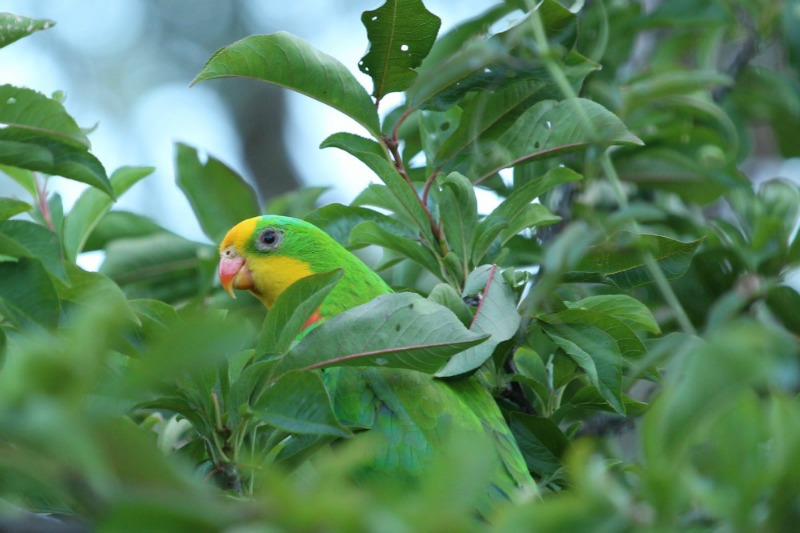 Its that time of the year again. We are being visited by the Vulnerable species 'Superb Parrots". Around mid Summer when the fruit is plentiful they promptly arrive, and have done for the last few Summers, though it was actually Autumn the first time I saw one. I remember seeing it clearly from the Kitchen Window, perched high in bare branches. His Bright Yellow face leaving me feeling delighted and wondering what type he was and why he was going through here. 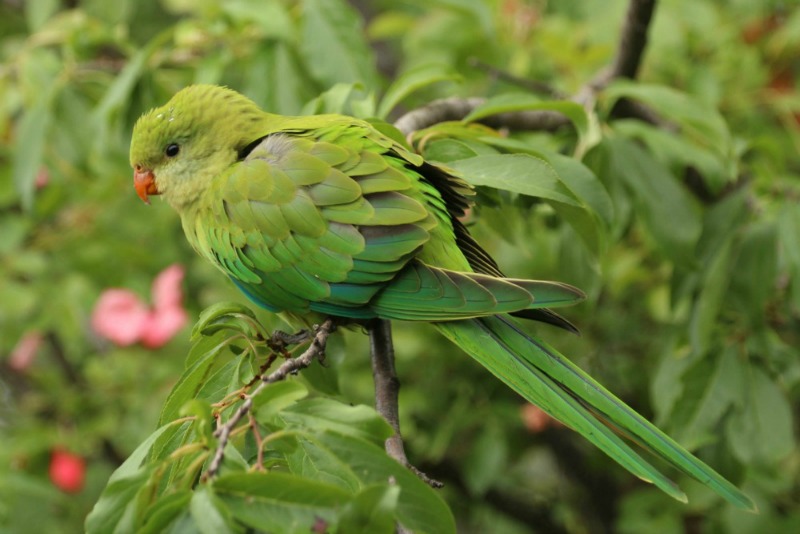 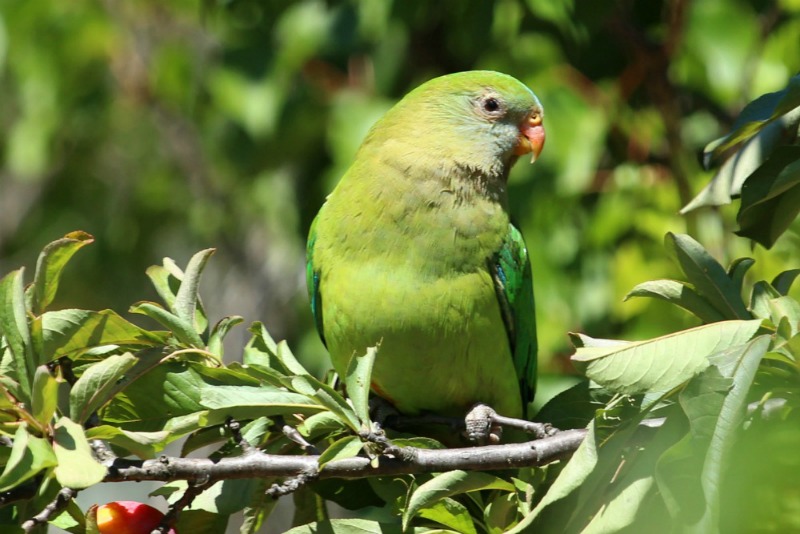 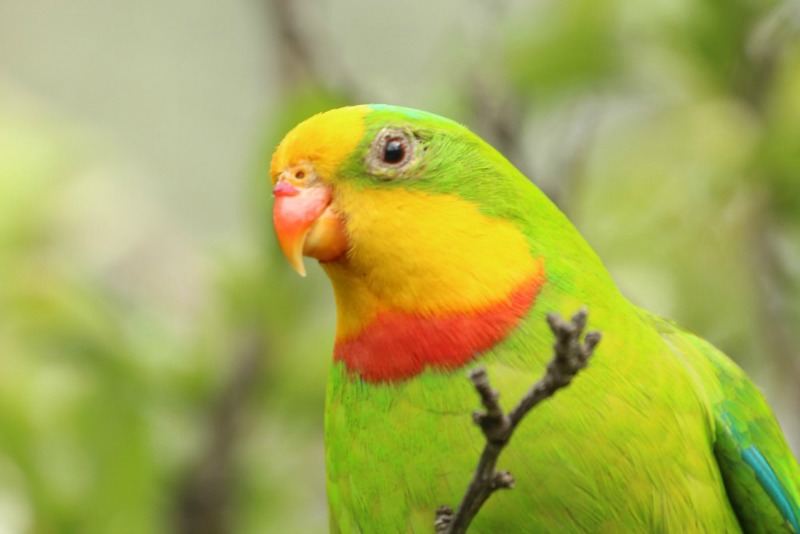 As best as I can tell there are just three of them this year but one is young. I suspect a Young male as I do note a faint pinkness around his neck on the underside where the adult Males are bright orange. I have seen the young one asleep a couple of times with its head tucked under its wing which is both such a sweet endearing sight and the most crafty natural camouflage when in a leafy environment. The only brightly coloured part of the young and the most brightly coloured part of the females is their beak, tucking its head in conceals the beak and they sink into the leafy background unobtrusively. The female does have a pale pinky tone on the underside of her tail feathers but its not at all striking or obvious. 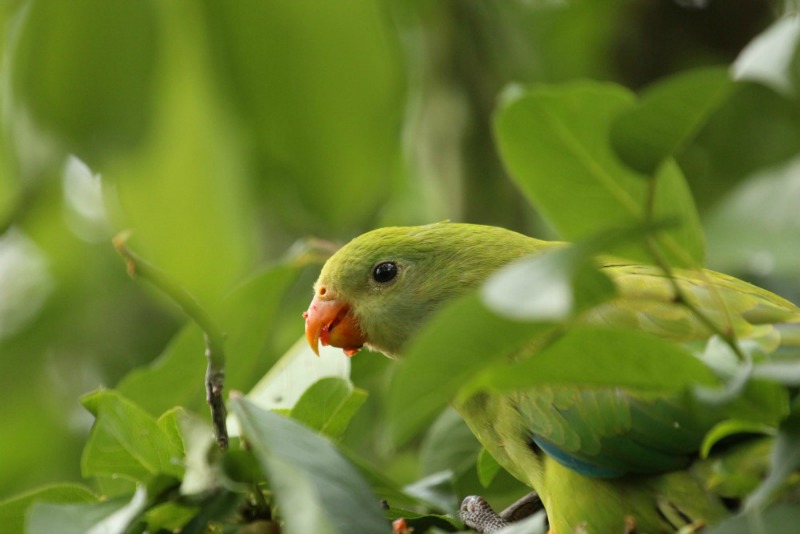 The young one is quite unafraid and I have gotten within arms length of it several times after extended periods of closer and closer proximity. Its not going to let us get too close but knows it can trust us I think, it also seems quite pleased with the sound of my camera shutter when I shoot a burst. They are beautiful birds and I feel so privileged to get to observe them when they come here to feast, the last population estimate I heard was late last year and it said that there are well and truly less than 10,000 left in the wild .