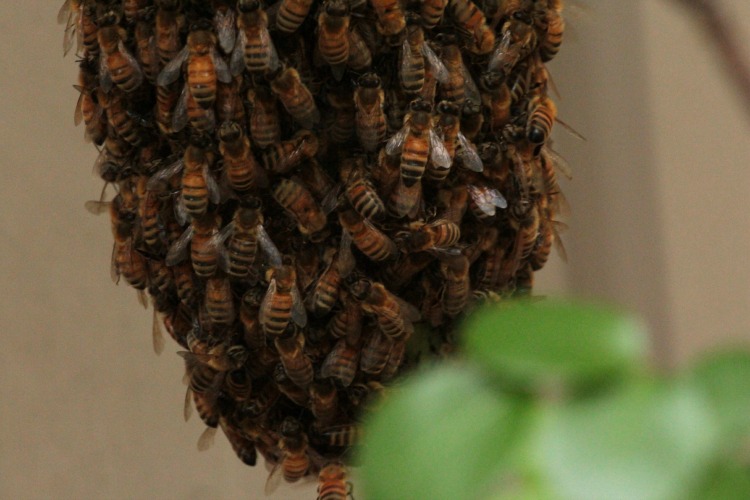 On Monday afternoon a Swarm of Bees landed in our garden. I knew that with a Nosy little dog this was a disaster waiting to happen so I called a local bee keeper who said he could come to collect the swarm the next morning, for a small fee.

The next three pictures are from that first afternoon, the bees had formed a large loose U shape on the fence and were congregating under the top rail, while a cluster at the bottom of the U were pulling in a part of the Rose bush they were behind. 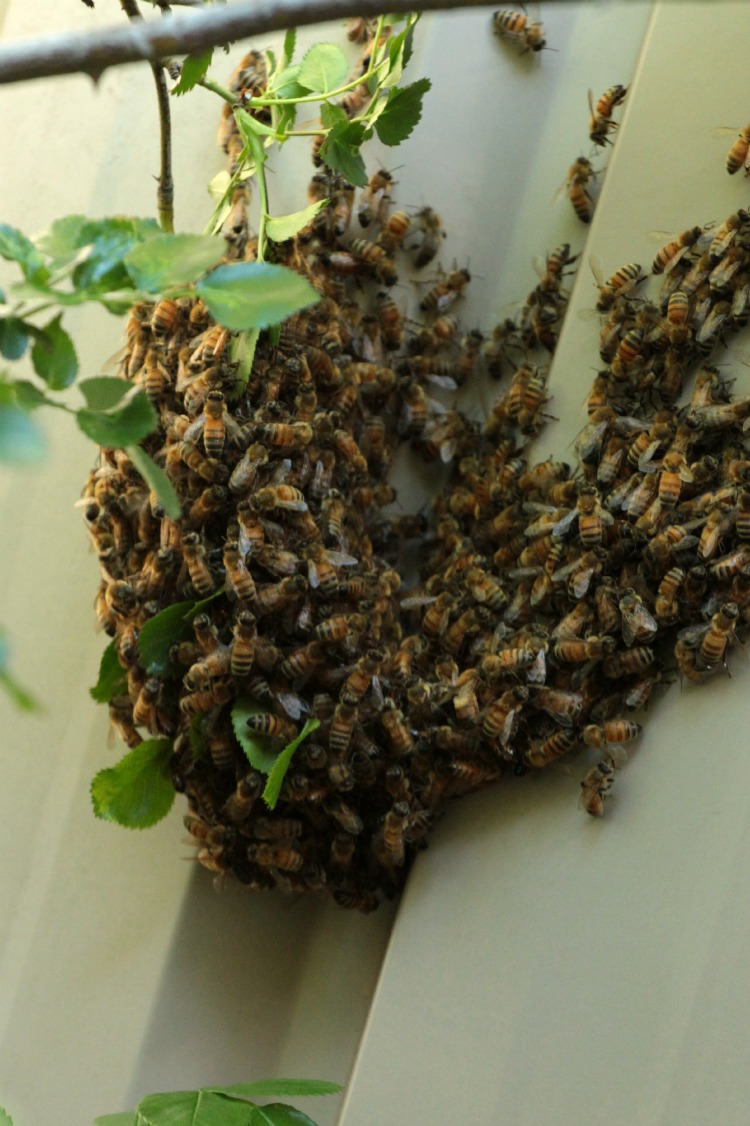 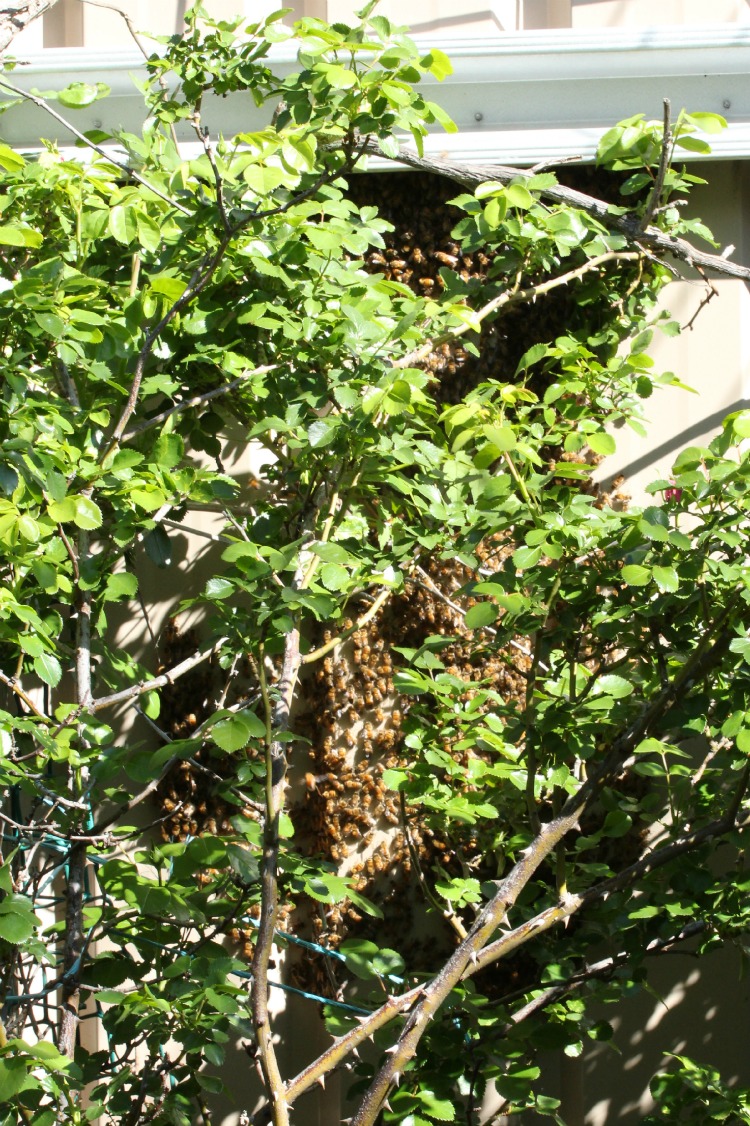 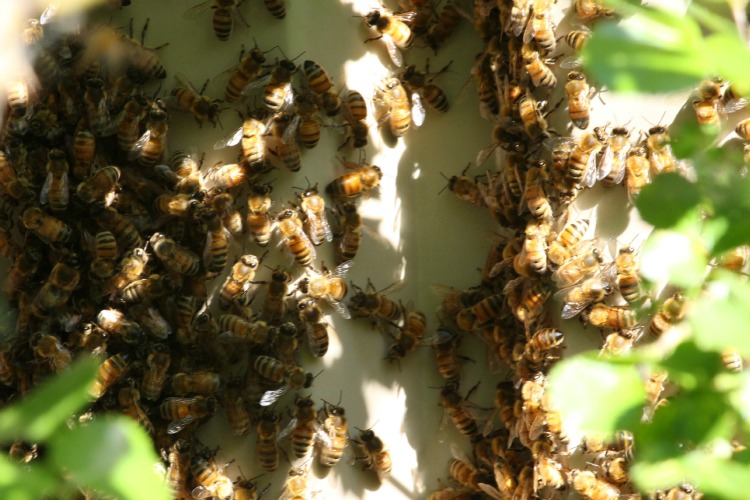 The next morning when I went out to check on them this is what sat where that lower cluster had been and the majority of the remaining bees were now down at the base of the fence and behind the bottom rail. There were a few up at the top pulling in the plant as the group down lower had been the previous day. Isn't the pendulum of bees amazing! 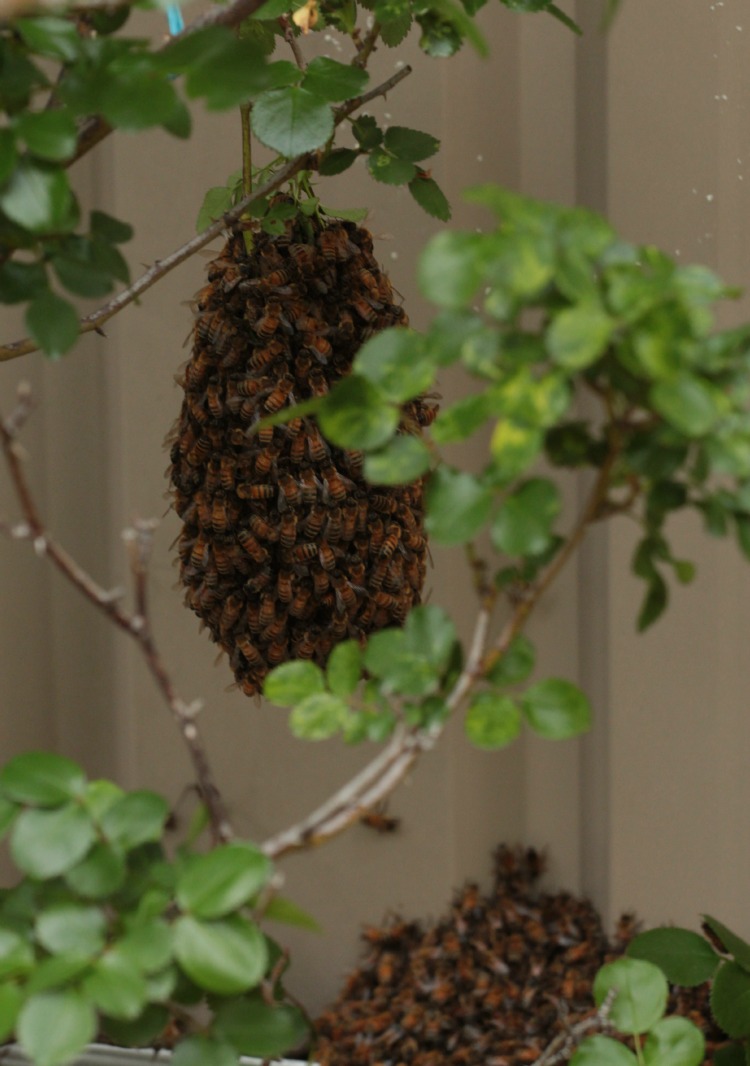 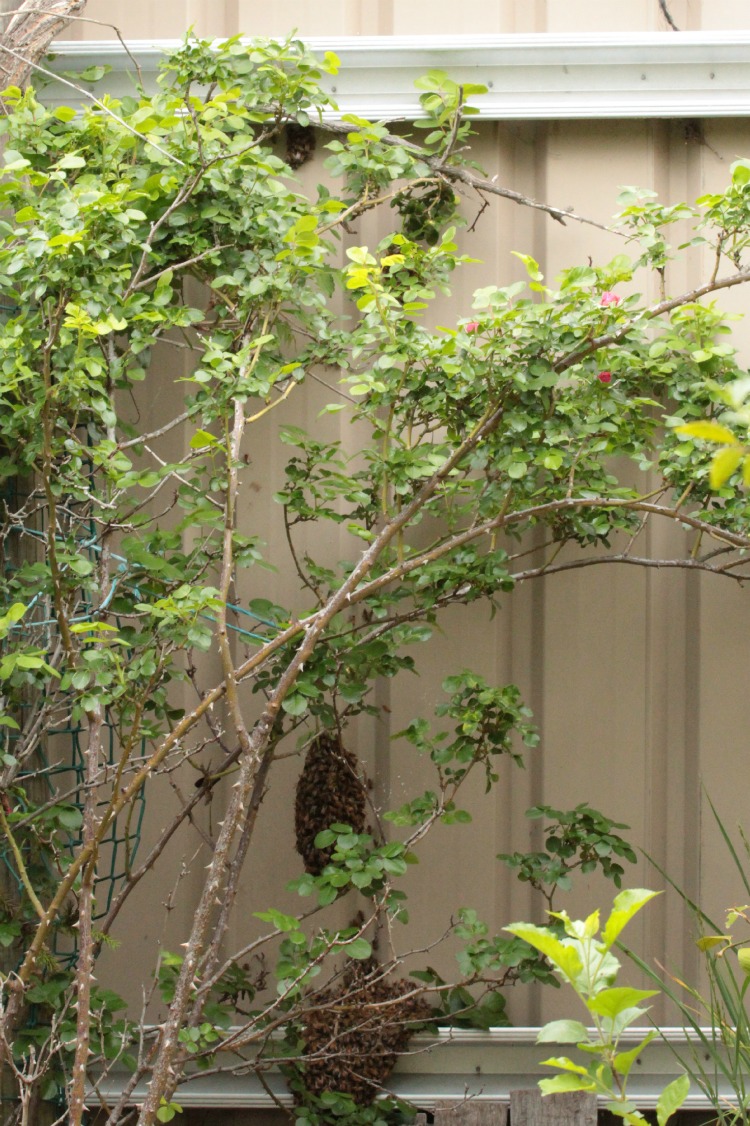 The man came with his box and communicated so nicely with me about the process, he patiently answered all of my questions about the fate of the bees. He said once they settle in that box they will be offered to a beginner who wants to start keeping bees, through the bee keepers association. He did tell me at the start he would not be able to get every single bee in there and estimated about 1% of the swarm would be left behind. He gave me a protective hood thing ( I don't know the correct term ) and let me watch the entire process. 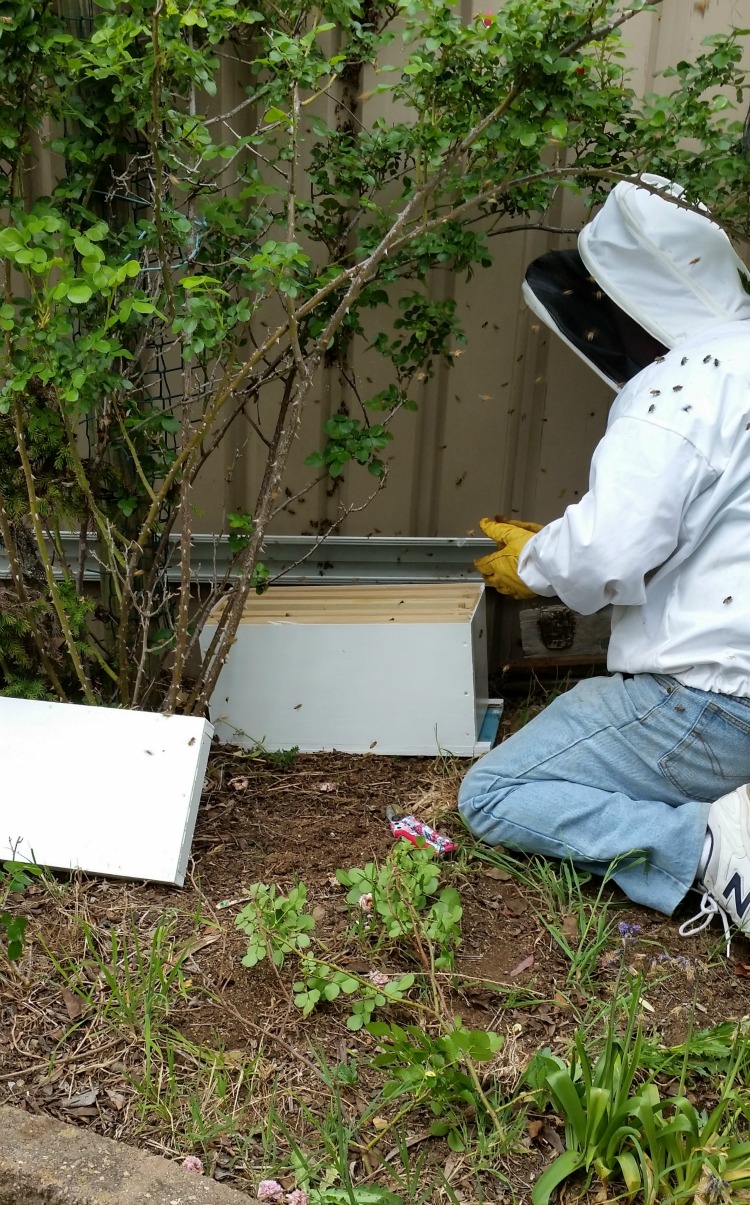 With no Queen, no purpose and drastically diminished supply of honey, the ones left behind are dying. Its sad watching them trying to fly and seeing that their energy levels are so low they just can't make it. They wait so faithfully there looking for her. I took this pic earlier this morning and now that it has warmed up most of them have made it back up onto the fence. The ants are moving in on the others. 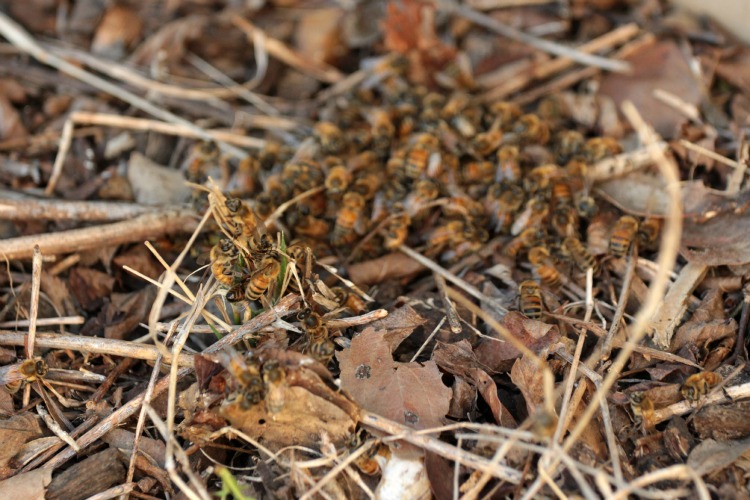