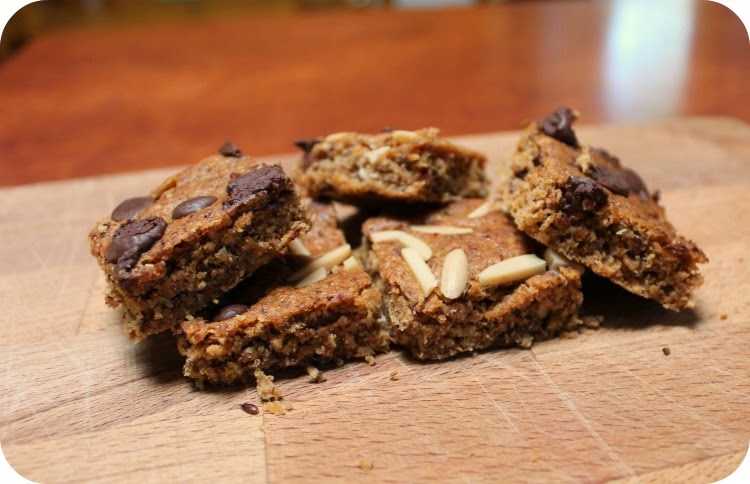 I saw this recipe on Lonas in the Kitchen  and thought OMGosh that looks and sounds delicious, though that thought quickly departed when I realised one child wont eat sultanas and would shun something containing oats and the other would be put off by the whole textured appearance of the slice. 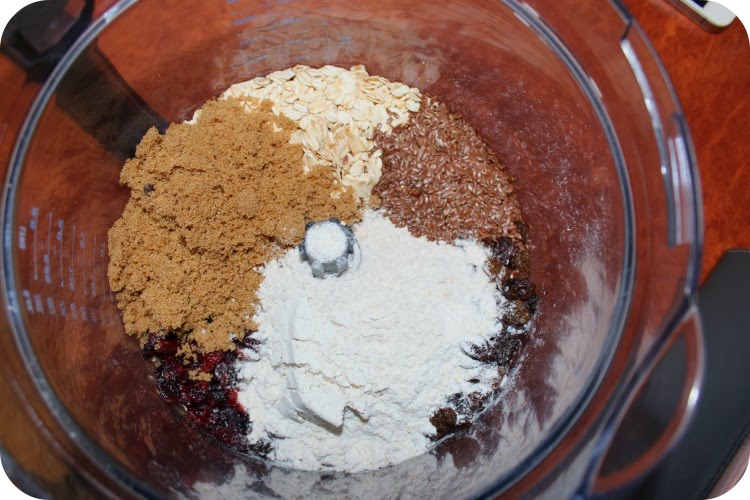 My next thoughts were 'maybe I could whiz the oats ... oh and the sultanas?' That was when I realised we didn't have linseeds or cranberries. So the first time I made it I used big juicy raisins and sultanas, I omitted the linseeds and used brown sugar. I blended it all together except the coconut which I reserved and stirred in by hand after everything was mush. That first try was yummy but a little bit rich. I got myself some linseeds and cranberries and couldn't help thinking about adding nuts. 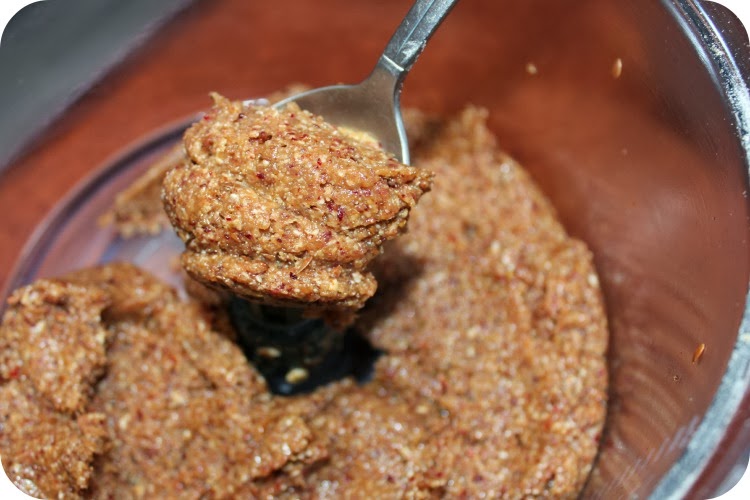 In my next attempt I stuck to the original recipe using generous 1/2 cups of dry ingredients where they were called for. This time I topped 1/2 with choc chips and half with slivered almonds. This second try was quite sticky so I used baking paper and a spoon to spread the slice in the pan and to  press the toppings into it. The berries added a really nice tang to the flavour that was missing that first time and the nuts provided me with some crunch; a lot of the linseeds remained intact too. 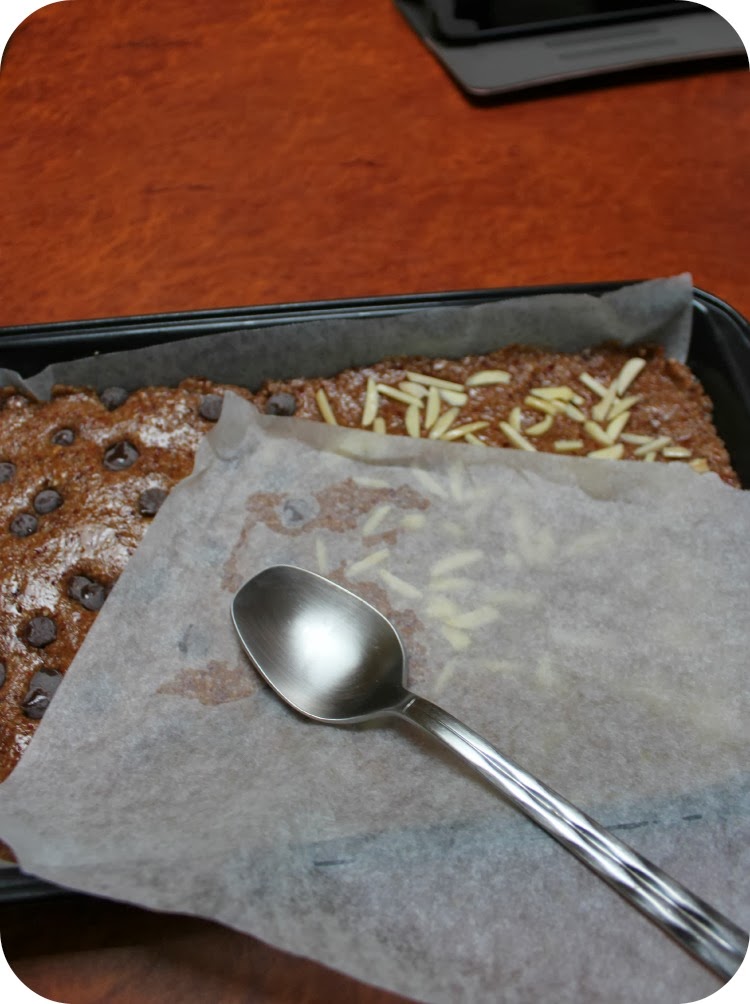 This recipe is really so very versatile and there will be some diced dried apricots added to this base with the coconut in a future try. One child adores this slice now known as 'Chocolate Chip' slice, the other child eats it but not as a 'favourite'. I personally can't stop eating it and the Mr like it too! In my next try I will experiment with less butter, as when the dried fruit and oats are blended I don't feel that it needs quite as much, its already quite sticky. I love that my children are eating lots of 'good' things in this and don't have a clue!