I was reading a question on the DTE forum about growing potato's and mentioned that I had previously tried growing them in wire towers. However I couldn't find where I had posted the info publicly so am sharing some images I dug up, along with any info I can recall in this post.

Towers are constructed at the end of October 2008 using star pickets and chicken wire, one cage was lined with news paper as an attempt at deterring shoots from emerging through the sides of the cage. The base where the seeds were planted had potting mix and horse or sheep manure. 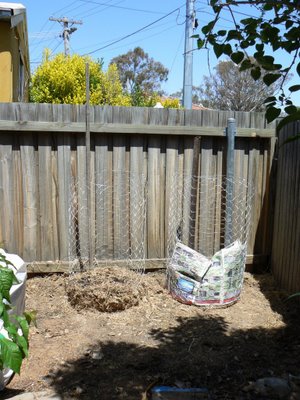 By mid November I could see shoots emerging from the mulch in all of the 4 towers I had constructed. some Varieties grew more vigorously than others. 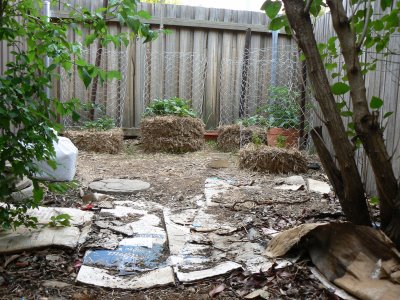 To my dismay and great frustration the early growth on the plants was attacked by earwigs, I think the prevalence of earwigs was mainly due to the location of the planting and the mulch was a haven for the existing residents. I fought the earwigs with oil traps and by covering new growth with empty 3L milk bottles. 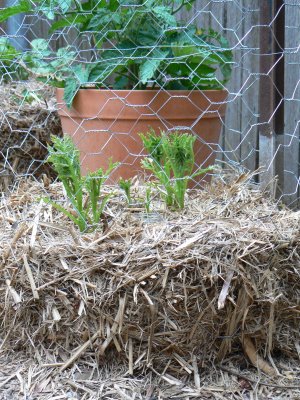 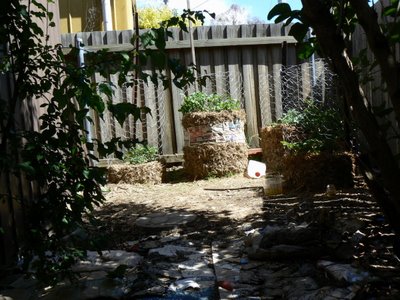 By what records I can find I watered these guys somewhat regularly for the first six weeks and then largely left them to their own devices reliant on rain water in a fairly dry Summer. I topped up the mulch regularly leaving only the emergent tips showing until they were tall enough to add more mulch 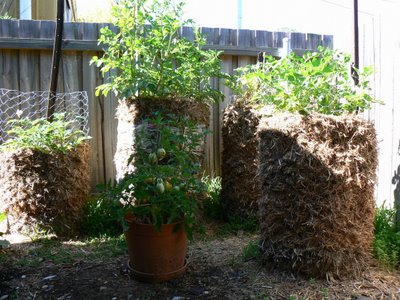 The yield varied for each variety and I can find record that the pink eyes were small but plentiful and harvested in March, I think these may have been the last tower harvested. I had also planted red rascal, Nicola and Dutch Cream. I don't have a weight record for the harvest, this was an early foray into vegetable production for me.