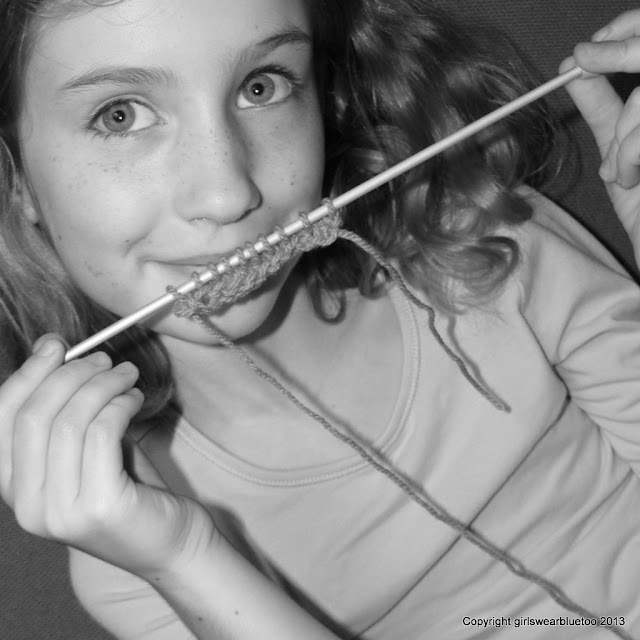 She remembered it had instructions in a great kids craft book we gave her last year and so she decided to tackle it herself. With quite a bit of Mama help. I helper her cast on and learned ( via the kids book ) how to cast on with my thumb! which is a great way for a beginner!

I think I was around her age when I first learned to knit, I remember the friend I was knitting with and I was only at the same school with her until the end of Year2 so I would have been in first or second class. I remember I made a tan scarf, it was skinny but very wide around the middle and skinny again at the other end, I don't know what ever happened to it but I remember it very clearly.

I realised that the trickiest part of learning, and teaching someone how to knit is mastering the holding of the needles and yarn; the movement of the needles, stitches and yarn in the construction. As a more experienced knitter I was not even aware that I slide my stitches, as a group, closer to the end and further away on the needles as a part of the process. 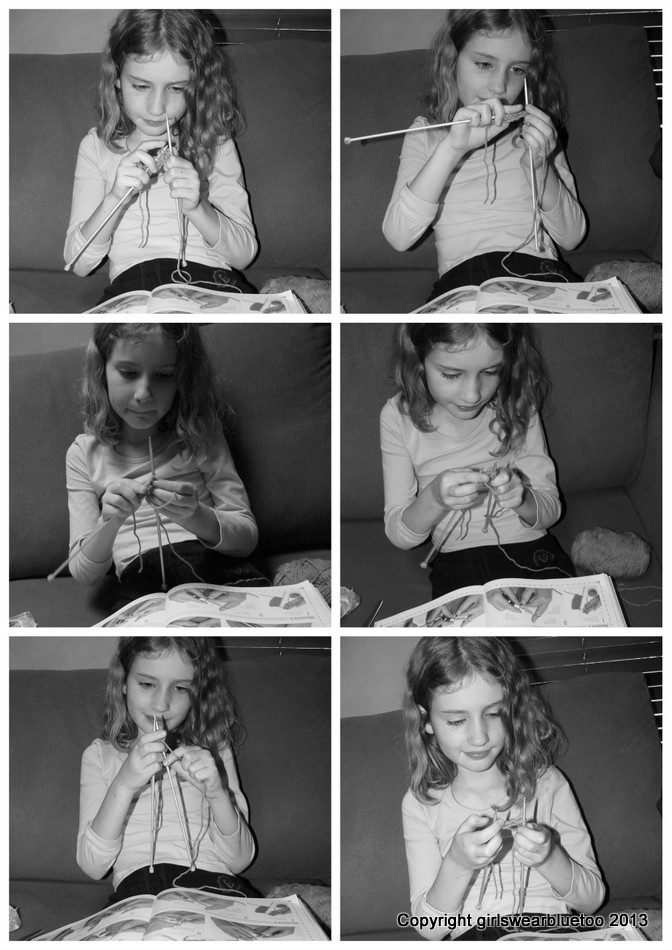 So, she got it! she has a lovely little bit of work that is triangular with a big long loop in the middle where the yarn was not pulled taught, or through at one point. Its tight and its loose and I cast off more than twice as many stitches as what I had cast on for her. Still I saw her lovingly holding that tiny messy little triangle of work with pride shining in her eyes and that joy of having created something she thought was beyond her!

I'm so proud of my girl, her persistence and the way she is learning perfection is not the only success, that there is value in mistakes if you process them appropriately, and don't dismiss them as failure.

Hope you are all having a lovely week.
x