I was heading out to the shed to get a hammer this evening and was stunned to see Superb parrot's feeding in the crab apple with some crimson Rosella's! I raced in for the Camera. Once I started snapping they pretty quickly took flight but settled in our plum trees I saw at least two mature male birds and two young or females but think there were actually between 5 and 8 in the plum trees. 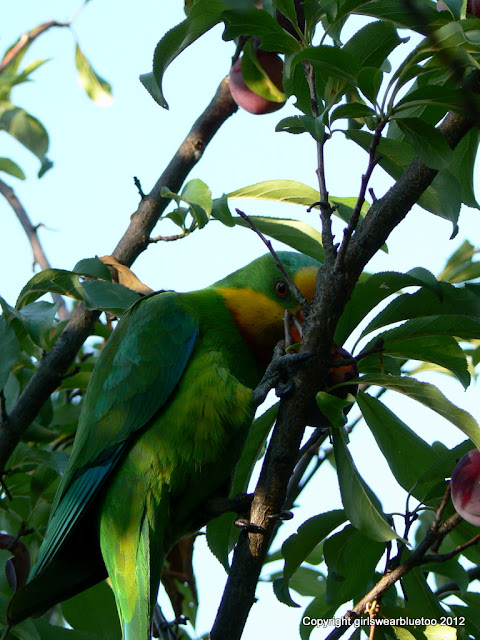 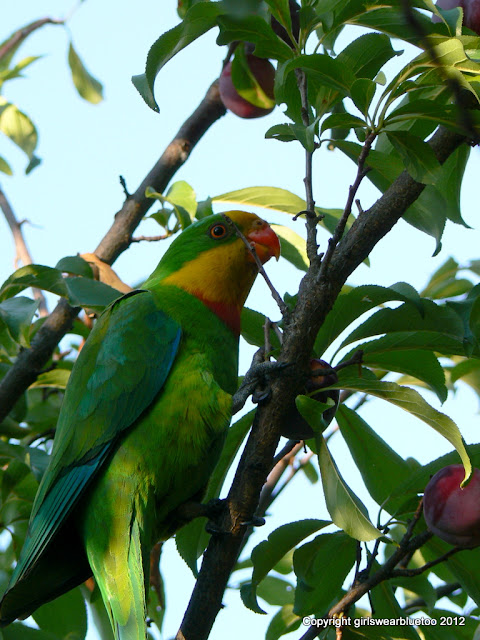 From the plum more than half took off and left our yard shortly after this one mature stayed and actually let me get quite close but always with a watchful eye. They blend in quite well if their striking faces are not visible as shown in the following image. 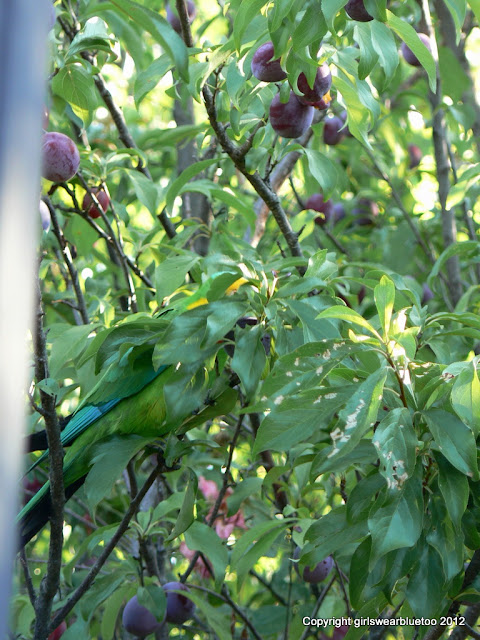 and the young or female (? ) with their pale colouring blend right in, there are two birds in the next image. 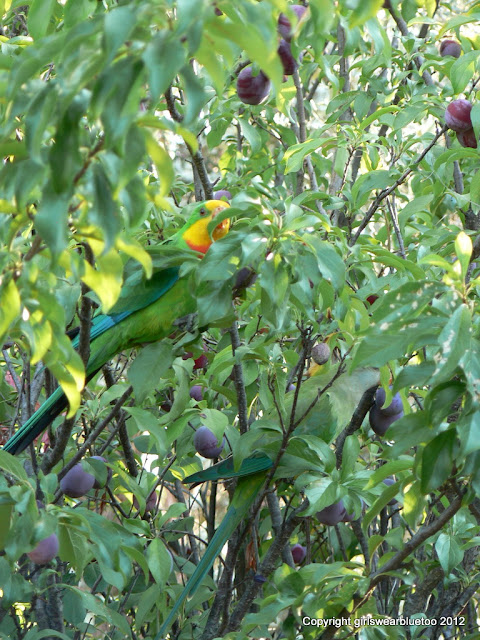 I'm so delighted that these rare vulnerable birds came to our garden as a small flock or big family!
they are officially endangered in the ACT. 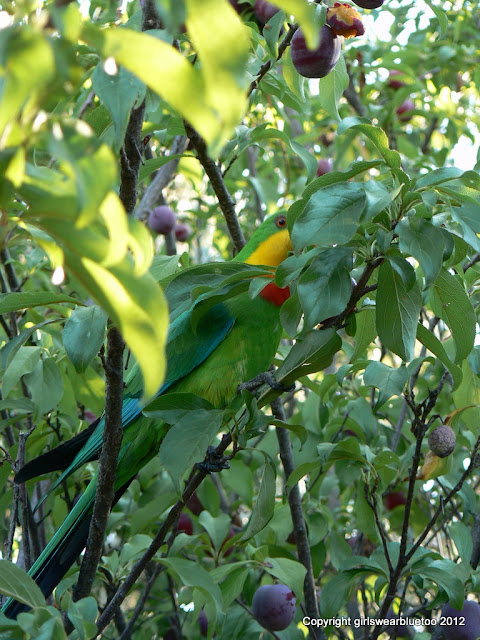 I chase the cockatoos away but let these rare lovelies feed as much as they wanted!