We have two ponds in our garden they are quite close to each other. One Pond had two large goldfish in it when we arrived and the most I ever saw at once in the other pond was 5 but there could have been more. 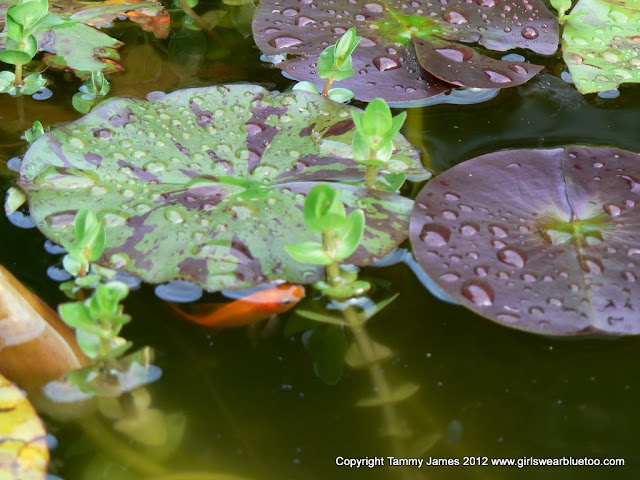 During the year we moved some around, some died and others disappeared so we were back at the original two large fish in pond 1 and three known fish in pond 2. One day I stared into the second pond, as I often do I saw small grey 'things' darting quickly from view below the surface. It took a couple of weeks of staring to establish they were guppies and then I started to notice there were at least three different sizes of 'new' fish two stages of babies and the 'teenagers'.

As the population of that pond seemed to have exploded I took 5 teens and two babies who already were getting their colour and nervously put them in the pond with the two bigs. Then for two weeks I did not see any of them I really suspected the bigs ate them as I know they really enjoy a snail if one falls in.
But then after last weeks crazy heavy rain fall the sun came out and so did the other fish, all 7 of them accounted for! :) 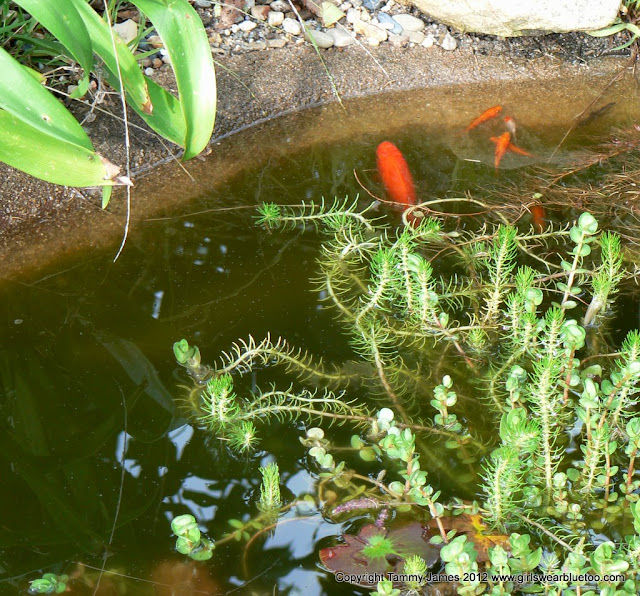 It amazes me to see them all swimming together to give you an idea of  size difference the two babies with colour are probably just over 1cm. From mouth to tail tip the teens are between 4 and 5cm and the bigs are 15cm or longer to their tail tips. there are no babies in these photos. 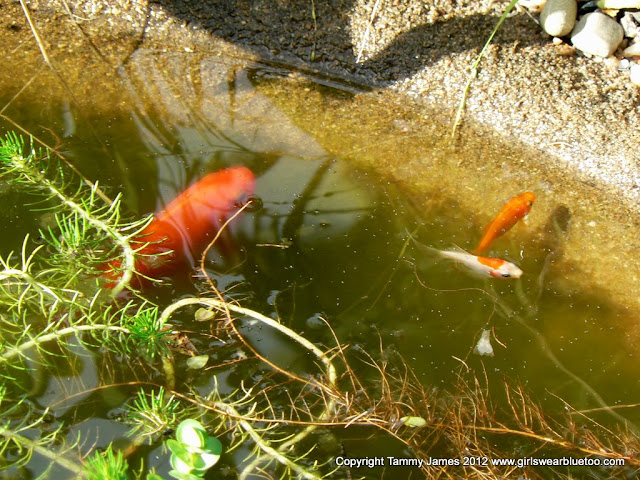 I say they all happily swim together though I did note, that if a baby saw a Big swimming directly towards it,  it takes off into the plants pretty quickly! I think that's good sense too!
Garden