Last week as I walked around on the grass picking up the willow branches dropped down by the Galahs. I was thinking back to when Narelle visited and how she was wondering if you could weave it.
Everything I was picking up was green and had flowers on it, I began absent mindedly plaiting them then winding the branches together into a wreath shape. What I wound together had quite a large circumference and I took it up to the potting shed to dry out a bit and see what would happen. 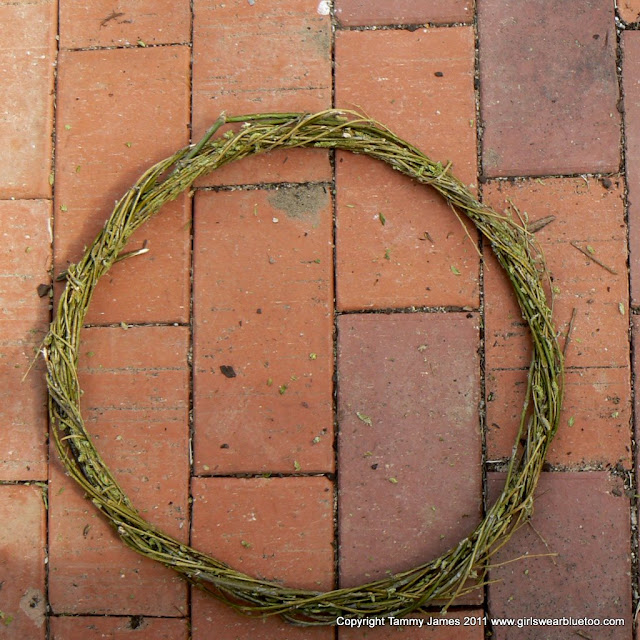 It turns out the potting shed is a great environment for this as the flowers and leaves are drying out and becoming brittle. I run it through my hands squeezing it and they just break off. This is great as I had been concerned I may have to strip them prior to winding them together but it doesn't seem like it will be an issue. I have it drying around an upturned pot to help keep its circular shape intact. 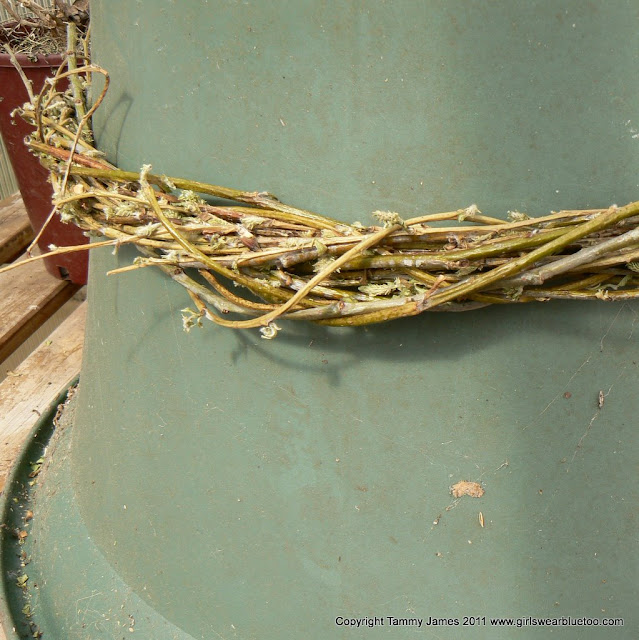 When it got down to the stage of dryness and bulk in the photo above I intertwined several much larger branches adding bulk and more irregularity to the thickness of the branches included. When this second layer dries and drops I'll assess and consider adding more. If you click on the image below you should get a better look at the branches laden with flowers in their green form. 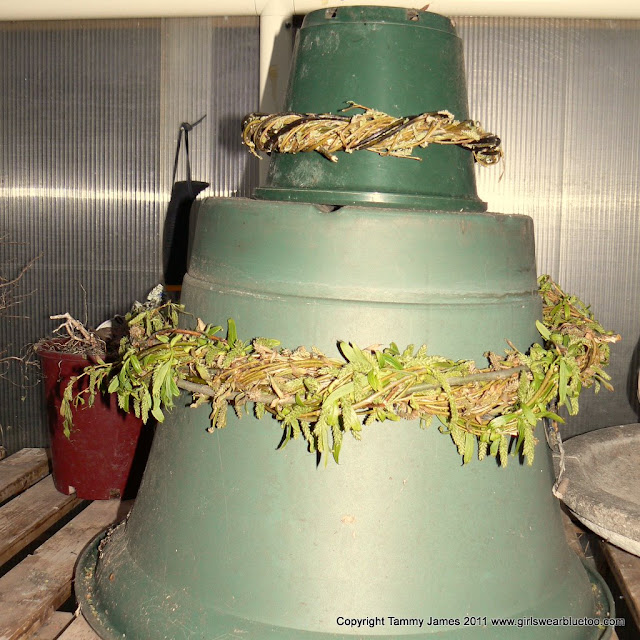 I also started a smaller one with branches I had collected the week prior and hung up on the Verandah to dry out. This one was harder to work in its less supple state but I am liking the texture and colour variation in it already. 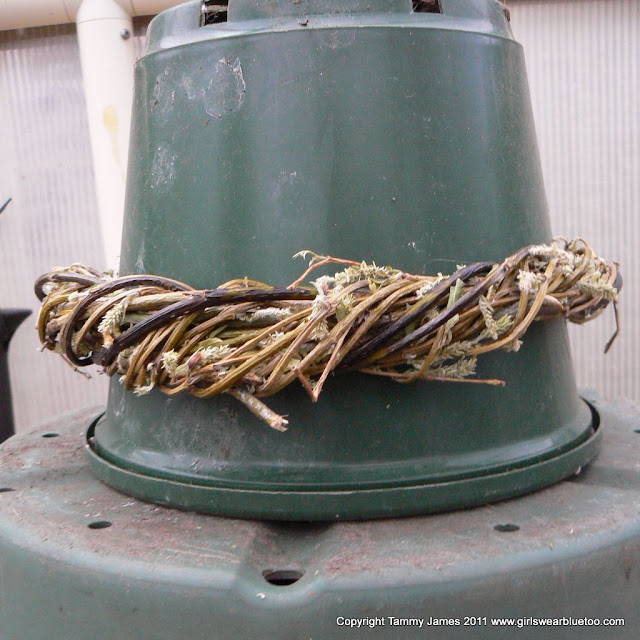 My mind is racing with possibility for these if they dry in a way that is not too brittle. Decorated with felt birds,  entwined with lavender or rosemary even possibly painted. This was an experiment and is working out well so far, I could have quite a lot of these on upturned pots before too long as there is something soothing and meditative about the entwining process and seeing them taking shape before my eyes.
Tomorrow I'll share some sewing . x