Thats how I have been lately. 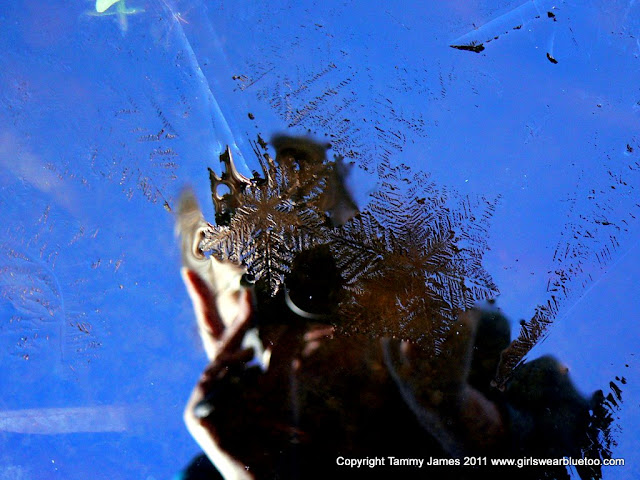 A few months back I mentioned depression and how I had started running and was planning to go to the doctor... Well I stopped running, mainly for environmental/weather reasons and I didn't go to the doctor.
Stupid Huh.
The good news is I do plan to start running again as I love what it does for my self esteem and I did eventually go to the doctor two weeks ago. That doctors visit was not what I was expecting.
I was first medically diagnosed with depression about 11 or twelve years ago, though in hindsight and after years of getting to know it I realise it strings back to my teens. At my first diagnosis I went to the doctor after getting a series of viral things back to back and I remember laying on the lounge at home feeling like I was dying, in tears, feeling terribly alone and wondering why I kept getting sick, and why it was affecting me so badly.
When the doctor said I had neglected to acknowledge depression and it was manifesting as a depression of my immune system it all made sense when the events in that recent past history were taken into account. Held back tears then flowed freely for a while.
She told me to drag my sorry ass out the door every day and run. ( in a much more professional manner ) I was so deflated. Running was not something I warmed to going outside was not something I even wanted to contemplate, but I did it and it helped.
Then in 2007 the terrible PND raised its head and it was a struggle for me to accept this was beyond my own control, thought I did acknowledge it was not an acceptable thing to be telling myself I was a bad mother. I was feeling like such a terrible failure then My Mr told me 'admitting you need help when you can't handle something is a sign of strength not weakness'. That was the first time I used medication to try and remedy the situation. I had fairly instant effects and it pulled me from my tearful despair. This is what I wrote at the time...
I started a low dose anti depressant about 3 weeks ago.
Initially I noticed that I stopped crying and laughed a bit, I still had down days but I was able to laugh at some silly things ( mistakes or accidents )the kids did that would have made me cross or cry the week before. I started to spend less time at the computer, play more, enjoy my kids more, eat better and sleep more solidly. that week I took some daytime naps if possible.

Week two daily chores started to happen, washing, dishes, folding, still playing, laughing etc.
Week three Little Mr was in the process of changing routine and dropping a sleep. I was getting up before Hubs for a shower giving the kids brekky and dressing them. we'd all be set for our day by between 8 and 9 with out any real effort, I wash a load, put it in the dryer and fold it and put it away all on the same day. The dishes would get washed every day. Now this might not sound like much but it was certainly not happening before, and really seemed unachievable. Over the last week I have enjoyed planning and preparing meals, started to take pride in appearance by putting some effort into doing my hair and enjoying the yummy smell of new shampoo and hair no frizz product. The house work has gone to the dogs the last few days with Sick kids but it sure isn't weighing on me like it used to. Tomorrow is looking good for it.... theres always tomorrow... In short, nothing seems too hard or unachievable anymore what is not done does not darken my days and force me into a negative downward spiral. My creativity is amazing and I am so happy with what I am producing on my scrap table. I still feel tired and get frustrated and have ups and downs but boy oh boy I am even keeled, happy and light compared to where I was a month ago.
So, when at the doctors two weeks ago, she said to me that she thought it was time for me to start the long term anti depressants I was stunned. No one had discussed it with me in this manner before. I thought I had some other kind of depression ... not the Genetic chemical imbalance in your brain kind ... shrug. Denial.
She ran through a list of  potential physical complications I would be more at risk of leaving depression untreated as I get older. She asked me why I was hesitant to take medication for an illness and sent me off for a barrage of blood tests
Hmmm. ... so introspective I am as I try to get my head around all she said. In addition to that I am not settling in to the medication in the way I did 4 years ago. I'm not coming in to it from a position of despair though and I guess that plays a part. I do see improvement at times but at this early stage results are inconsistent and side effects are numerous. So I'm learning about all of this again too. Its different, though its the same.
I'm back to the doctor this week to talk about it some more and get the results of those tests I might share here if I have words. I hope honestly sharing this here can help someone else, even in some small way.