Well we got through the first week back at School for Lil Miss.
A tough one. An unknown teacher, a class group radically different from last years and split from her best friend.
We have not had an info night and I can only assume that the redistribution of students is something to do with the schools beating bullying tactics and in line with their E.S.E.D principles. This has one student from each year meet in a group for a short period of time each day so that every student then knows at least one student from every other year in the School K to Yr 10.
Its been tough on Miss emotionally though she is handling it outwardly well and showing resilience. She sleeps in at least an hour longer each day and has been sleep talking a little.
Today during a rain shower a Rosella took shelter in out Maple which was nice as I had only just said to Dave that the Rosella's were gone. We hadn't seen any for over a week. I had some fun playing with the focus, bringing in the leaves and colour of the trunk, moving the bird out of focus to the background and just getting to know my old camera a little better, it helps when you have an obliging subject :) This photo obviously the opposite of what I just described. 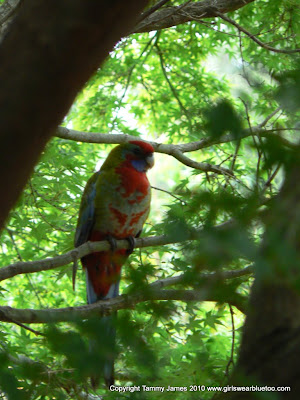 The silver eyes are still around a lot and the wagtails are making them selves know too. I think I had one flirting with me a couple of afternoons ago when he came and danced ( within arms length ) on the table as I had an afternoon cuppa. Then he skipped around on the pergola and paving and back up on to the table literally shaking his tail feathers around like a fan. 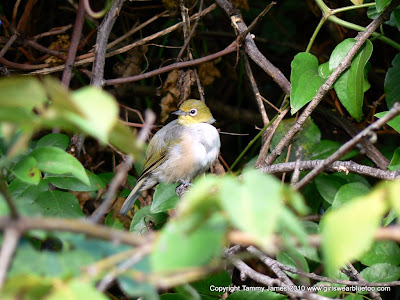 I'm getting used to being able to bake and leave something cooling on the bench while we head off to School for the short walk to pick up and then have a yummy fresh, and in the case of these scones, warm afternoon tea. 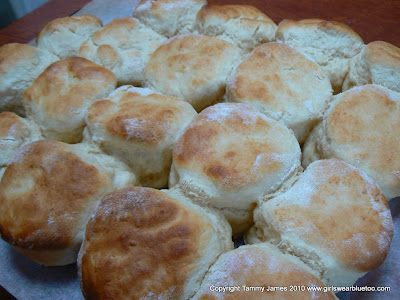 A new recipe, a little doughy should have left them in the oven just a few minutes more.
They are still quite good and were enjoyed. 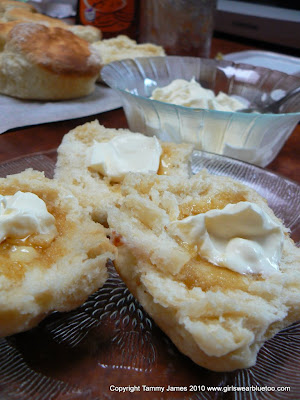 This morning I had a brief Chat to someone I used to know very well which has left me thinking about peoples choices and human nature. Feeling a little melancholy, grateful for my family and happy to be the person I have grown into through the experiences in my past. Its grey and Cool which added to the mood.
I dug out my Ipod and had a really productive day.