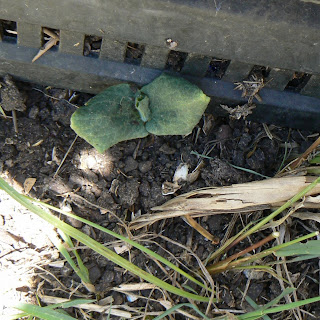 With in a few days it was looking like this 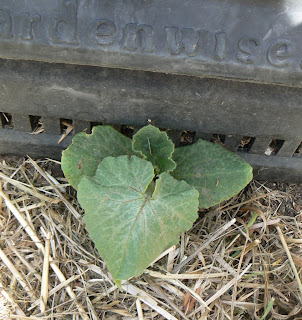 Within a couple of months this is it now, and that's pruned off well mowed over really. 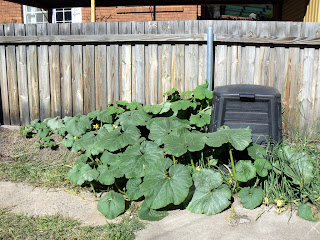 The first fruit appeared and deteriorated. 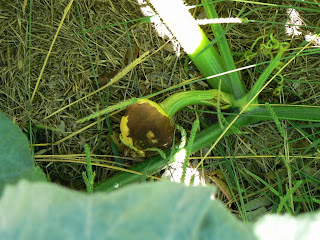 the second and third appeared and it seems the third likes its spot nestled between the grass clipping's and fence. Its bigger than a soft ball but not as big as a Soccer ball. 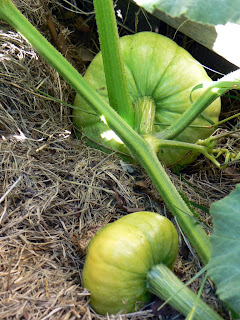 The 4th might end up behind the compost bin, if it gets far. The frosts will start soon. 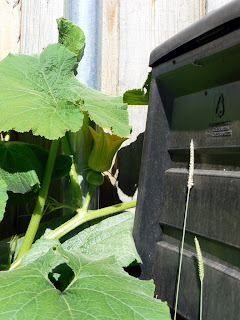 So I can only wait and see if my volunteer ends up giving us anything but it is doing well with no love or attention so far.