Once upon a time I impulsively bought some lettuce seedlings from the supermarket. This was about as big as they ever got, it was my first time trying to grow lettuce.
We got to eat a few baby lettuce leaves and shortly after they started to flower and bolted in the summer heat.
I collected as many seeds as I could : ) 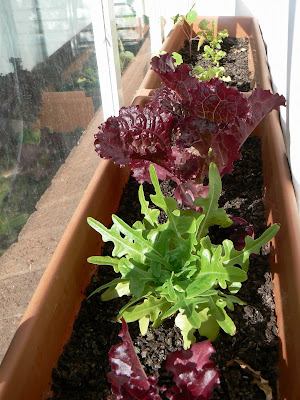 One day again spontaneously I decided to sprinkle some about on a mixture of compost and worn out potting mix. I kept them on the kitchen sill and watered them and pretty soon I saw this ... 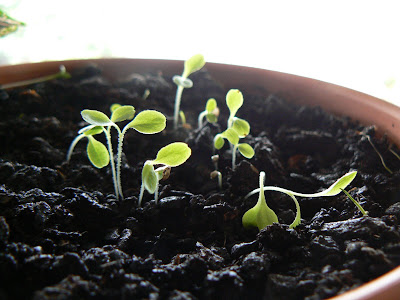 They grew taller and leggy and after not too long got moved out into the sun and grew into this ... 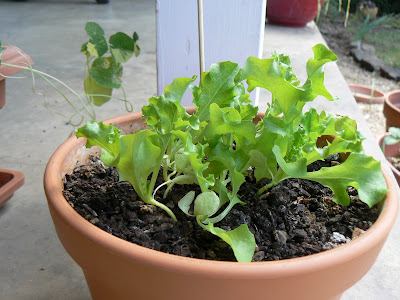 I weeded out the smaller and very leggy ones over time till I was left with just eight.
This week I had to seperate them as they were getting TOO big : ) 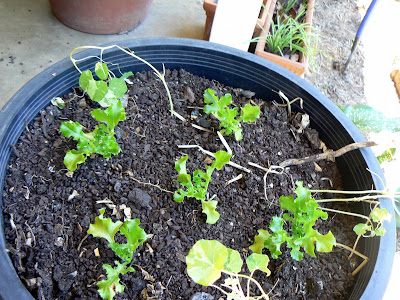 So here are my 8 lettuce now, well on their way to bigger than their predecessors. The ones in the original pot, though having been moved are still growing bigger and stronger than the ones I moved to the the deeper bigger pot. The leggy things in there are Nasturtiums .... looking quite sad and caterpillar ravaged. 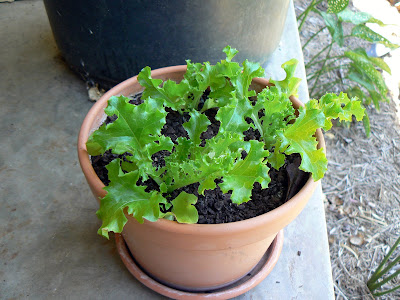 It won't be long before we get some big crisp home grown ( from seed!!!!) lettuce.