All you can eat Buffet breakfast - For the Birds!

This morning I looked out to see a pair of King Parrots dining rather than the gaggle of Cockatoos we usually have out there making a mess and desecrating the tree.
A little later I looked again and what I at first thought was a third king was actually an Eastern Rosella, with a handful of Cockies munching away too! 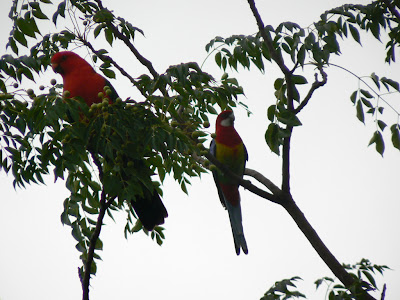 On the left of the photo male King Parrot and eastern Rosella on the right. 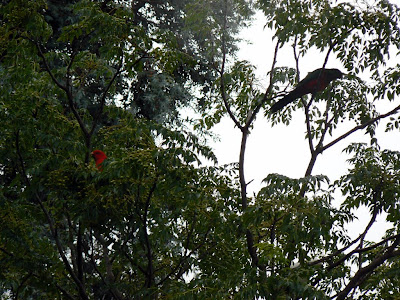 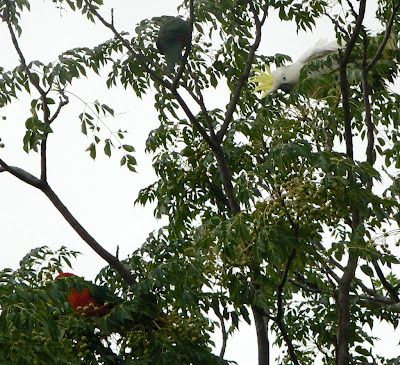 The King Parrots and a Cockatoo. 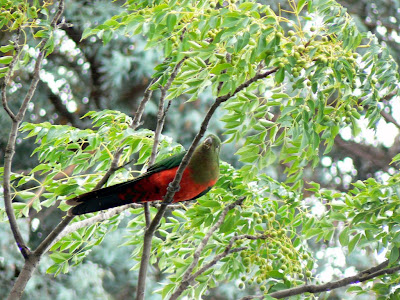 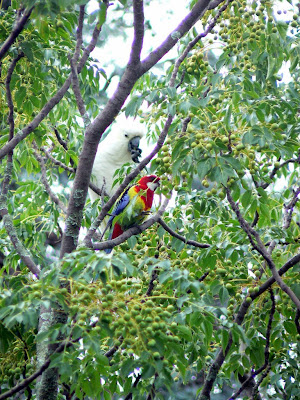 Cockatoo and Eastern Rosella.
All enjoying breakfast out in the drizzling rain. The little eastern made his way in and around the tree and the cockatoos came and went as they pleased the Kings stayed high and ready to fly.