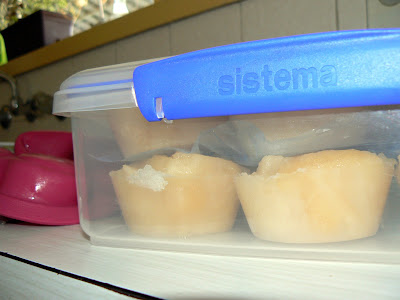 Then I tried to pop out the rosemary ice cubes.
I read that a great way to preserve herbs was to pop them fresh into ice cube trays and cover with water and freeze. When I took them out of the freezer I saw that in most instances the rosemary had floated and in some cases was sticking out the top of the ice. When I tried to release them quite a few crumbled. 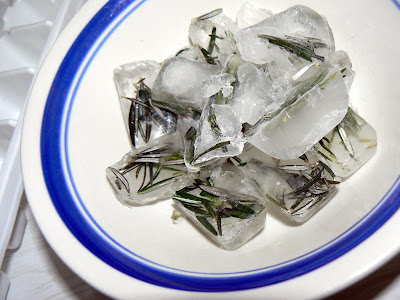 Then I tried to make muffins, well I did make muffins. I had set aside a portion of the apple from yesterday and adapted a favourite recipe that uses fresh apple, I was getting everything ready and started to melt the butter in the microwave early. When I was ready to use it, it hadn't totally melted, I didn't think to break the top as it had started to set and formed a 'skin' ... it exploded inside the microwave. So I took a muffin detour to clean the microwave and took the chance to make some garlic butter with the small amt remaining in the bowl.
Returned and finished the muffins which turned out quite well but decided to retire from the kitchen after that.

Pottered outside a bit today, this afternoon my lavender is showing wilt on some of the new growth tips, should I have cut out some of the taller woody growth down low to ease stress and allow regeneration from a lower point?
I gave away the Irises I dug out on freecycle, I love that system.

Right now this is laid out on my table and a satchel design swimming partially formed in my head. 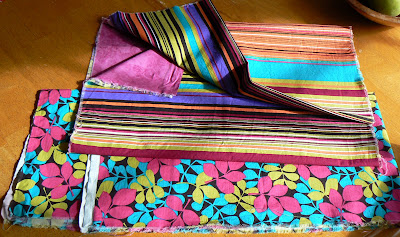 This would be a good time to mention the great giveaway that Corrie is running ATM, drawn tonight so you still have a little time to enter!

My creative little Miss finished her sewing lion on Thursday night, excited was an understatement. It was so nice to see her taking such great pride in it and the amount of times she stitched in the wrong direction and had to redo in her excited rush to do the last little bit! LOL 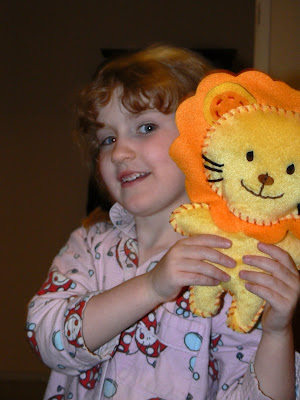 My lil Mr is missing his big sis and Dad. They are on their way home from Sydney now, he's clingy and sooky and I am looking forward to their return.