Artisan Bread in 5 mins a day.

So spending less time online seems to have struck a chord with a few people!

It has me working to a very different rhythm around here which is good, but it will take a while to get used to and work out a new routine I think.

Yesterday I had a chance to whip up a batch of dough for my first attempt at the artisan bread. Things fell together for me nicely when, by chance, I came upon a place selling Pizza stones last week and I remembered where two parts of a large plastic seal able non airtight container were in the house and re united them.

My first loaf did not turn out quite as expected, though was yummy nonetheless. We ate it with dinner. 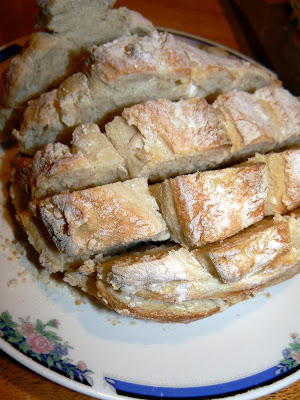 My dough was not as wet as I expected by the description to start with and my loaf did not expand or rise as I though it would. Not to be put off I prepared another chunk and baked it after dinner.

I did see a difference in the dough after just a few extra hours so I already see a list of things I could do differently to potentially get a better result. I felt like such a good Mumma today packing a lunch that also included home baked bread and actually provided a sandwich of a size better suited to miss 5. 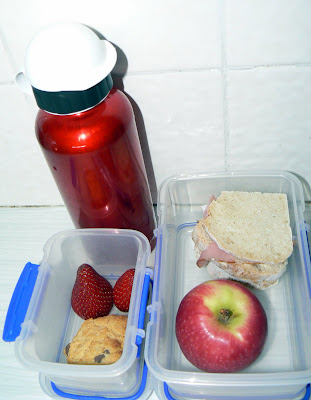 Then today as I was thinking of what would be my ideal home baked bread storage unit I remembered this pretty cheese platter I was given long ago and though I love it rarely use it with a non cheese eating partner. 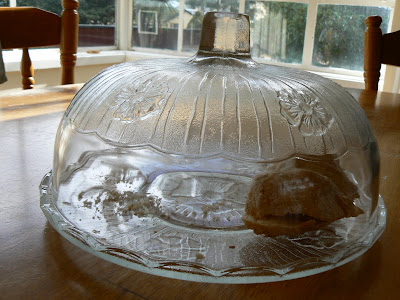 Thats whats was left of the second loaf this afternoon.

While Miss 5 was at preschool we took Mr 3 for some fun. 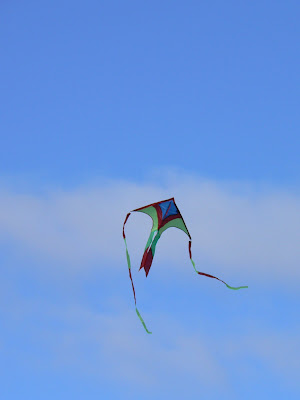 It was mostly fun , though when he wasn't getting quite what he wanted ... my fiercely independent little guy ... there were a couple of episodes of this ... 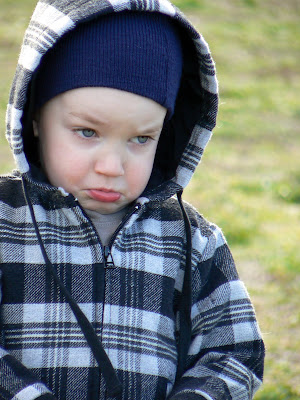 ... now tell me have you ever seen such a pout! I do remember being at a kids party last year and another Mum saying Oh no!! somethings wrong! with mild alarm as he walked into the room sporting that lip, I had to tell her it was his stock standard upset face ... often it looks much worse than it actually is.

But there was also lots of this and we had a fun afternoon. : ) 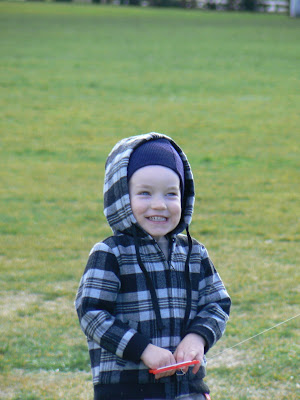